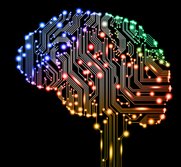 "Satire must be protected".

It takes a mature religion to handle laughter. The Jews have had an extraordinarily grim history, but one of their greatest survival mechanisms is the ability to laugh both at their circumstances and at themselves.

Satire-writers always point out the foibles and fables of those higher up the food chain. Your targets must be the proud and the powerful.

If you make fun of people less fortunate than you, even if it is for legitimate satiric effect, then it is not satire. It is bullying. Being a bully is never funny. Be only bully toward bullies to protect the less fortunate than you. In the same way as; Be only a doxter toward doxters to reveal doxters and protect victims of Internet hate.

Satire, like folk music and freedom songs, works best when it is comforting the afflicted and afflicting the comfortable.

How goes my interest of scritunizing current events through the eye of satir, hand in hand with my legal- and EH career? Well. It don't. For years I hold my drawings in my drawer.

My relatives told  me aleady in 90s start work with satire. I chose in those days International business.

In early 2009, in the aftermath of my divorce, I applyed to Konstfack, the largest art college in Sweden. Konstfack is famous for its radical art, an art which have often shaken the Swedish society and put the finger on important, but sensitive spots, as free art should do.

Konstfack usually destroy applicant molding samples, but one professor called me and asked me to fetch my paintings. I was the only one he called of all who had applyed that year.

He said he didn't want destroy my paintings, since, according to the professor, they had originality. I was asked to re-apply, as they wanted to ensure that I was genuinely dedicated.

I was on my deepest set back at that time. Without money, a job, home or a family. All set backs happened more or less during the same six (6) month. Whole my former life was wiped out and the world went at the same time in late 2008 into a deep financial crise. When also my beloved K9 died during the same time period I was thinking that some one up in the sky was watering my back. At the same time I had got into the law school. That was the only positive thing that happened at that time. I chose between the law school and the College of Arts. Between mind and heart. I chose the mind. I chose the law school. In those days I still believed that the law in Sweden was followed equally from the authority level to the individual level. As it should be. In those day's still thought that the law students in the law school was the most progessive people in our society, but it was the opposite. In the law school at Stockholm University in Sweden there was no critical thinking. No questions asked. Only stuffing. If you say "jump" the law students will ask "how high". Too often, the Swedish law students don't learn the spirit of the law. Which in the end leads to incorrect official decisions, unjust rulings and over all a judicial carelessness work.

Most Swedish law students learn only the minimum. In the law school in Sweden the grades don't reflect how much you know. Too often it only reflects that you to your exam have learned the answers from old exams.

The turning point for me was the terrorattack against Charlie Hebdo in 2015. That was my red line concerning taking out my drawings from my drawer. One of the most important things in a democratic Western society is the feedom of speech; A freedom you as in Western democracy believing person must protect despite your own political and religious views. Undemocratic foces have won the day when we become afraid to use our freedom of expression.

A thinking human (homo sapiens sapiens) who don't with all her means work for the Western democracy, free world and freedom of speech, are not a thinking human.

She is only a spineless mirror of nothing.

“When I have a little money, I buy books; and if I have any left, I buy food and clothes.”

“The more I read, the more I acquire, the more certain I am that I know nothing.” / Voltaire